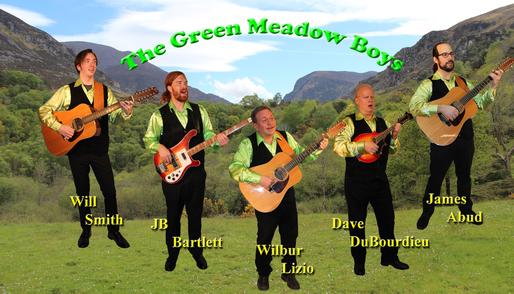 Three of the top bluegrass musicians in the Chicago area, Rob Anderlik, Pat Otto and Mike Church first met at late night jam session and felt a deep musical connection from the moment they played together. Even better, they discovered they shared a wide range of musical interests, ranging from Southern and Classic Rock, Blues, Swing, Jazz Standards, Cinematic Instrumentals, Folk Music and of course, Bluegrass. They formed a trio in 2015 and quickly built a reputation as one of the most versatile acoustic bands in the Midwest. 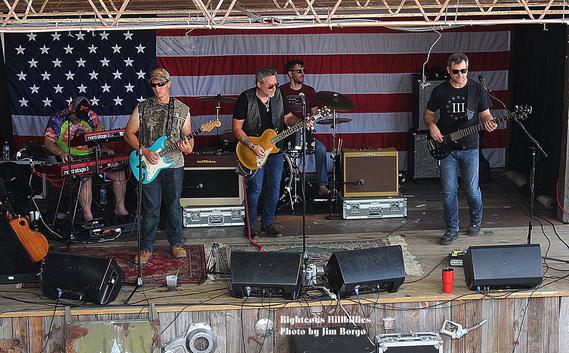 Righteous Hillbillies have become a live favorite at festivals, clubs, and bars throughout the Midwest area. In an era and a region where it is difficult to find high energy, high powered rock and Americana blues with that most important and most mysterious of ingredients – soul – the Righteous Hillbillies plug the audience into a high voltage dosage every second they stand on stage. The band will show their versatility at this years Celtic-fest performing along with other "Irish" artist and do their unique twist of some favorite songs.

They will unite to present a unique brand of music that simultaneously satisfies and challenges the audience. Brent James (vocals & rhythm guitar), Nick Normando (lead guitar & vocals), Jeff “Doc” Bella (bass guitar), Chris Bartley (keyboards) and Barret Harvey (drums and percussion), are five talented, unique, and powerful individuals coalesce to create the Righteous Hillbillies. They have built a strong, supportive, and loyal following throughout their hometown of Joliet, Illinois and into the Chicago area.

The Tunes of Glory are a competition, parade, performance and teaching pipe band from the western suburbs of Chicago based in Warrenville, Illinois. Their roster comprises over 20 active pipers and drummers, and a number of students. The Band performs in the Chicago area delighting audiences everywhere. Tunes of Glory is under the musical direction of Pipe Major Mike Heywood and lead drummer Joanna Lloyd.
​

Hailing from our very own Chicago, Illinois, The Dirty Wellies serve up traditional Irish/Celtic music. 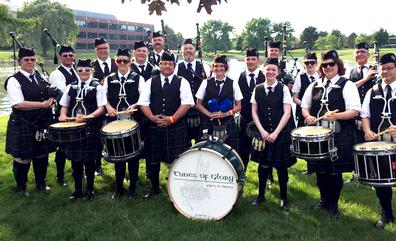 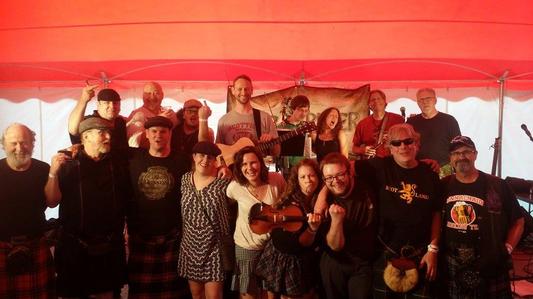 The Hatfield Sisters, as a musical group, was formed inadvertently by sisters, Anne and Mary Hatfield, after many years of playing together at home. The Sisters musical repertoire thrives on a fusion of Irish, Scottish and Cape Breton Fiddle music. Steeped in tradition, these Celtic fiddle styles retain their musical relevance with the Sisters subtle variations and fresh arrangements. The Hatfield Sisters musical escapades have taken around the world with both girls having the opportunity to tour with Michael Flatley’s Lord of the Dance. The girls combined have traveled and performed in 3 continents, 48 of the United States in over 30 countries.Their combination of high-energy step-dance and fiddling creates a contagious exuberance, infecting audiences with irrepressible clapping and toe-tapping.  www.hatfieldsisters.com

All times are approximate.   2019 entertainment TBA!

The Keigher Academy of Irish Dance was established in 1999, under the direction of Sharon McLemen, Susan Keenan and Holly McNichols. The academy is proud to offer classes for dancers of all levels, beginners though championship.  Keigher also, strives to accommodate competitive dancers as well as recreational dancers, offering a range of activities to suit each family. 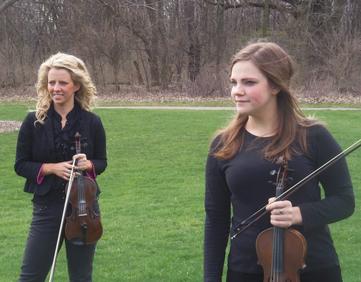 The Green Meadow Boys are a performance troupe of five musicians who assemble two or three at a time for a show. Standard written music charts facilitate their ability to switch in and out with each other to make a given show, but to always bring high quality execution to the performance. Thus, you never know who you will see at a given show, but you know it will always been the same high quality each time. Other than Dave, the band leader, all are professional musicians who make their living from music. Will and James both teach music extensively, with James at the Old Town School of Folk Music, and Will working toward a PhD in classical guitar education. JB runs musical operations at Mo's Tavern in Chicago, which features live music six nights a week. Will, James, and JB each have a four-year Bachelor's degree in music. Four of the Boys are masters of the classical guitar as well. All the Boys are skilled in multiple instruments, with five guitar, four bass, and two mandolin players in the troupe. Wilbur and JB have extensive experience in rock and roll as well as performing in a number of other currently active bands. All five of the Boys have an extensive repertoire of original recorded music, and Will has conducted a number of seminars on writing classical music for high schoolers, which have resulted in live performances of their original works. At the Festival, you will see Dave on Mandolin, Wilbur on Guitar, and JB on Bass. 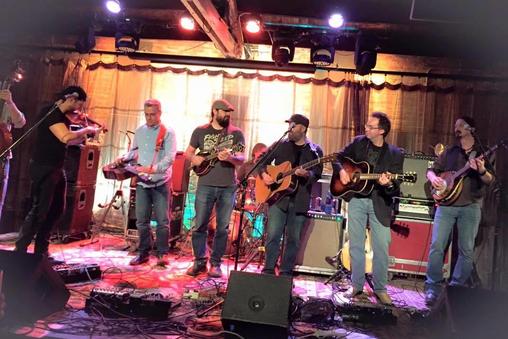 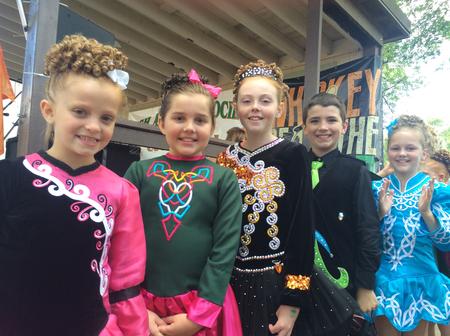